The Sieve of Eratosthenes

How the effort required to read an understand the Sieve of Eratosthenes varies greatly depending on the programming paradigm used to implement the algorithm.

The Sieve of Eratosthenes - Part 1

Related reading: https://www.cs.hmc.edu/~oneill/papers/Sieve-JFP.pdf
And here is a gem from the good old days:
Algorithmically challenged: Sieve of Eratosthenes (the real one) Scala One-Liner 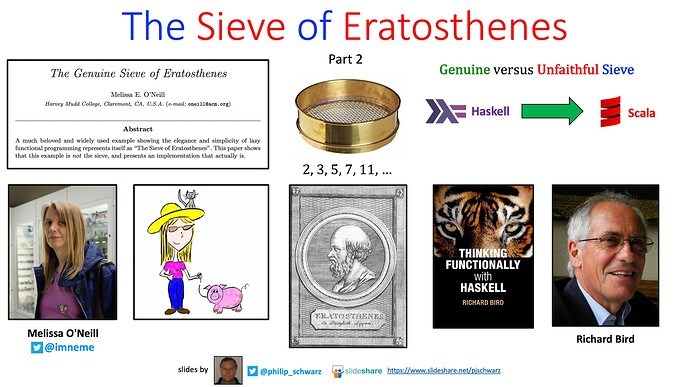 I agree with the general sentiment, but for what it’s worth, the imperative example seems like a cherry-picked strawman. Here is a mutable scala implementation that is significantly more efficient, but still concise and a lot more understandable than the java sample:

Modern java can look look a lot more like what I’ve written. How much less maintainable is this than the functional version? (could rename m to nextPrime and k to multiple for clarity)

One thing that fascinates me is the possibility that in the past (some) people might have spent decades in a one-paradigm bubble, in which they were only exposed to particular approaches 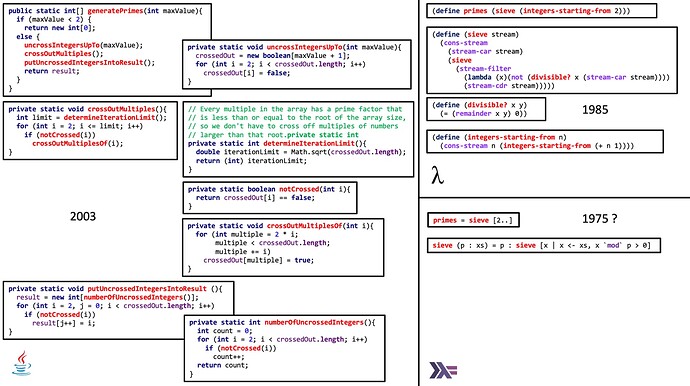