Looking For A Good Tutorial On Akka Actors using Scala

I recently started to study Akka Actors in Scala. Trying to find a good book that is not poorly written. I was reading “Akka Concurrency” and it turned out to be a well written book that was fulfilling the function teaching a person AKKA … BUT … It fell apart in chapter 8 and went off into never - never land.
If anyone is familiar with the book , “Java Concurrency In Practice” , or other well written Java books, for example , Java Generics and Collections. These books actually teach you something instead of having you guess or try to figure sht out on your own. In otherwords, the authors are “professional” authors.
Are there any Scala AKKA concurrency tutorials or books that are of that quality out there ?

Have you looked at 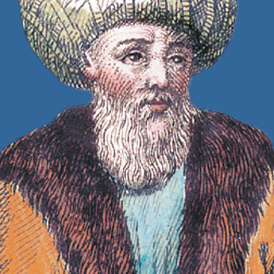 Akka in Action is a comprehensive tutorial on building message-oriented systems using Akka. The book takes a hands-on approach, where each new concept is followed by an example that shows you how it works, how to implement the code, and how to (unit)...

sorry for the late reply. But yes, that is the book that I finally ended up with. It is satisfactory so far … up to chapter 5 on Futures anyway. Though, I was forced to create my own set of rest services to test with using Spring Boot’s Scala version; though the java version would probably be ok but I wanted to try to keep everything in Scala.

one more thing I should mention about the book AkkaInAction: Though it seemingly covers a lot of material , it is very difficult if not impossible for a typical java developer to follow because the Author constantly places use-less incomplete examples. In particular, Chapter6 starts out in what can only be called a horrendous fashion by immediately going into an incomplete example using the REPL. This is exactly what is wrong with Scala Documentation. In order to follow along, you will need to spend about 70 % of your time setting up the example. Now , it is what it is so that if you want to get something out of the , what is quickly turning into a useless book, you need to waste so much time trying to just understand the environment that the Author uses to illustrate things. A case in point is the first example to illustrate remoting: The author puts images of an incomplete example that he expects you to import into REPL??? LOL utterly ridiculous. I cannot name a single Java Developer that would be able to follow along ( except for me because I have some type of insane hunger for punishment ). I wish someone would explain to me WHY THE AUTHORS OF SCALA BOOKS refuse to clearly explain thru complete examples that do not require HUGE amounts of infrastructure to implement?

If you want a basic introduction to Akka and actors, you could consider this playlist: https://www.youtube.com/playlist?list=PLLMXbkbDbVt98z_6KWt3fU3W5jTOja9zY. It is associated with a chapter from https://www.amazon.com/Object-Orientation-Abstraction-Structures-Textbooks-Computing/dp/149873216X/. The examples are fully explained, but they are probably much simpler than what you are looking for.

thanks … I will take a look. I was able to get past the first example in chapter 6 of AkkAInAction. The problem with approaching from a java centric point of view has to do a lot with SBT. A java developer is going to immediately desire to use the Java Eco System: Eclipse, Maven, Fat Jars … etc. So to be useful, you have to make a decision: 1. Learn to use Scala with maven+eclipse+fatJars … or … Learn The Non-Java Way of doing things using SBT, Play, Blah Blah.

So to be useful, you have to make a decision: 1. Learn to use Scala with maven+eclipse+fatJars … or … Learn The Non-Java Way of doing things using SBT, Play, Blah Blah.

Either is fine. If you already know maven and eclipse you don’t even have to learn it.