Lib unification with Match Types + a problem with inheritance

I start with some explanation of why solving this problem would bring great good to all.
And then I put forward a puzzle that needs solving.

There is an incredibly useful application of Match Types to bring together different code bases under the same API without loosing efficiency! This is especially useful for different implementations of the same standard. For example with Banana-RDF we have a library that unites 2 Java implementations of W3C standards and one JS implementation written by Tim Berners-Lee. And we should be able to add new ones, when needed.

The traditional Java way would be to write a unified interface and then wrapping every object with that interface to make that the standard mode of interaction, as done in Apache’s Common RDF. See their Triple Interface which requires every Triple in a store (and there can be millions) to be wrapped in a new object that has to wrap a subject, a relation and an object, creating thus 4 extra objects in the worst case.

I recently used the same trick to write a little abstraction for Http Messages that allowed me to abstract between Akka and Http4s to help me reduce the amount of test codes for a Signing HTTP Messages implementation, an IETF spec which is in last call.

One could use the same trick to help abstract between all the various Uri implementations, from Akka’s, to Http4s, lemonlabs Uri, the Java Uri class and even the up and coming cats Uri class, or even the usually much less rich URI classes from the RDF frameworks, not counting all the JavaScript Uri classes. See issue 7 on typelevel/cats-uri for more details.

I can see this being extremely useful in many projects where different teams implemented the same spec, and developers would rather not be tied to any one of them, but switch between them as needed easily.

But I have a little problem, which is making things a bit less nice than they should be…

How do I get inheritance to work? The RDF library has a lot of types (see RDF.scala), and I can’t work out how to get the inheritance to work correctly. I can perhaps solve the problem with Conversion types, but that really looks ugly, and the complexity is growing very fast.

So here is a simplified version of the code I am using:

The problem is with the last line. The ops.nodeVal function expects a RDF.Node[R]. We give it an RDF.URI[R] which should be a type that is a subtype of it. But it complains.

I have tried quite a few things to see how to get around this, the last one being described here but with no luck…

This can be seen in this Scastie:

It does remove the red line on the last line of code, but it creates another error message, namely:

Running the above command with the -explain option gives some very long explanation of what went wrong, which I don’t know how to read yet.

The full code is online here:

I found this very recent talk by Matthieu Bovel on Match Types to be very helpful. (We need more like this!) 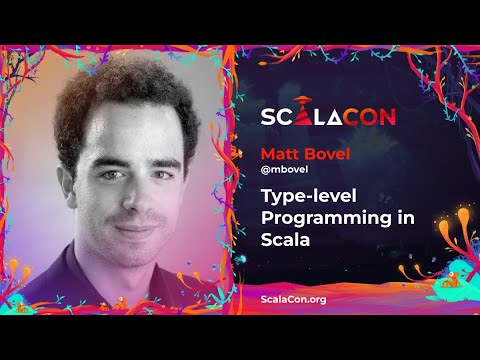 I think I now understand Neko-Kai’s point in dotty issue 13416: Match type syntax does not allow writing type patterns for type members directly. The idea is that we should be able to use the same pattern as for refinement types

So that if we could use refinement types like RDF { type URI = u } then we
could perhaps get at the type u without needing to also find a way to pass the subtype R of RDF that we are looking at. So one could have

I found this type works:

does it work in the bigger case?
Edit: adding an actual implementation of the RDF trait makes it fail

@bishabosha I think the code would have also compiled simply with

What is happening is that this is returning the more general type Node[R] and loosing the type of URI[R]. So it converts immediately to the super-type, but then we would have trouble working with the specific type.

You can see this in this more developed example which provides an implementation of RDF.
On line 74 the error message makes clear that the type of uri is not the lemonlabs absolute URL which has an authority method, but the much wider io.lemonlabs.uri.AbsoluteUrl | BlankNode | String | Double which does not have such a method.

I hope I solved your problem, I used an intersection type in the rhs of URI:

and here is a demo app (I extend the sub typing to all the match type):

Yep that does indeed work !

I tried it out on the full code base. The resulting commit is here:

RDF <: works for jena, but not RDF4J traits

It works for the Jena and the rdflib.js libraries.

But I got stuck with a lot of compilation errors on the rdf4j implementation. The errors were pointing to the types not matching up, even though the code is very similar between both…

After carefully staring at the code for a long time, the only thing I could think could cause that problem is that RDF4J uses interfaces where Jena uses classes for the top level constructs (such as Node). See the rdf4j IRI class for example which is an interface.

So my thinking is: Java Interfaces don’t contain the marker trait Matchable. As a result types that are defined by interfaces cannot ever be of type Matchable, and so pattern matching cannot work for types purely defined on them. That should explain the following errors:

I thought of removing Matchable from the Top in the RDF trait. But that leads me to need to add .asMatchable on every type test in the banana-rdf library and all users would need to do the same. That is very tedious.

So perhaps the only way out for rdf4j is to specify that every instance of those interfaces is also Matchable, which is the case when we are working with objects created by the rdf4j factories - or at least I can make sure they are… But it is a bit tricky because rdf4j creates objects implementing those interface by using factories, and those only promise to return something with the right interface…

I could just using implementation classes. So Instead of the IRI trait I could use SimpleIRI (Eclipse RDF4J 4.2.0) . That could lead to my code being a lot less general, but it’s a starting point… Perhaps I could just build my own factory, as I do with scala.js…

I think I found a way to duplicate the last problem.

Should Java Interfaces be Matchable?