what is difference between these two definition:
the second definition is standard definition but what is the purpose of first definition?
is it a pattern? when i should use it?

defines a function which return type is a function that takes an OIType as its first and a NIType as it second argument and returns a ValidationNel[ErrorMessage, OIType].

The second definition actually defines a function that could be returned by the first.

Minor correction a def creates a method not a function. So the first one is a method that always returns the same function, which is kind of unneeded indirection.

Anyways, for more differences see this

Is there in Scala really a strong distinction between method and function? I know people tend to differenciate between procedure and function, but I did not know that this is true for method, too.

A method and a function are two very different things in Scala.

Unlike in many other languages, where a function is a callable piece of code that returns a value, in Scala, a function is an object that extends one of the FunctionN traits, which implies it has an apply method.

Did you checkout the link I posted? For Scala 2 there a lot of differences.

Scala 3 will make both more similar in terms of functionality, leaving syntax and run-time optimizations as the main differences between both.

Another good disquisition on methods vs functions is https://tpolecat.github.io/2014/06/09/methods-functions.html

As I always say: this is probably the single most important thing to understand about Scala, during your initial learning.

Did you checkout the link I posted?

Sorry, I did not see that there was a link at the end. Going to check it out, thank you! 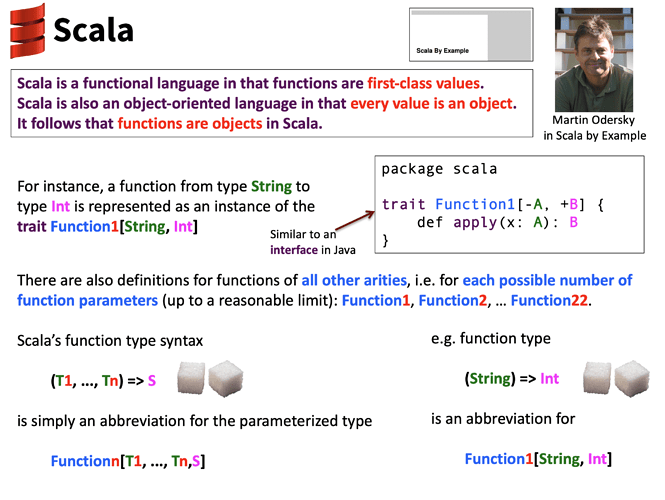 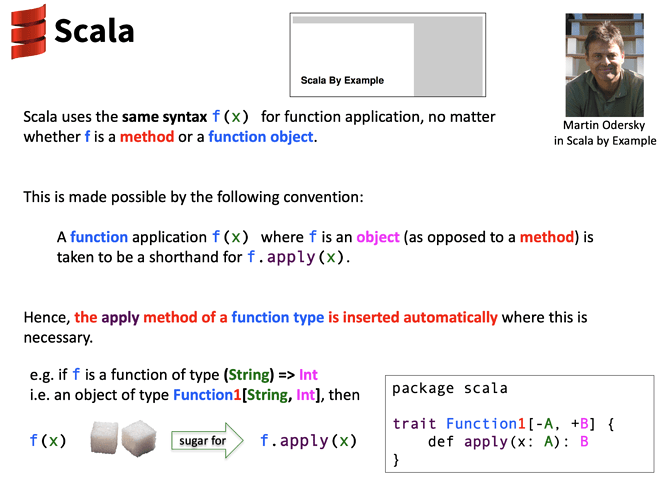 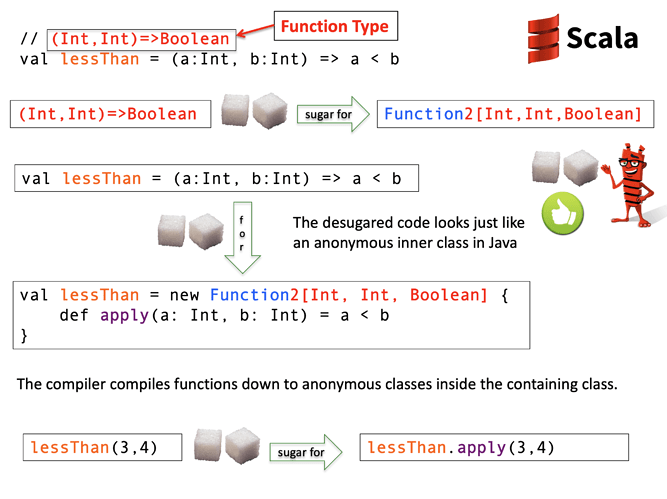 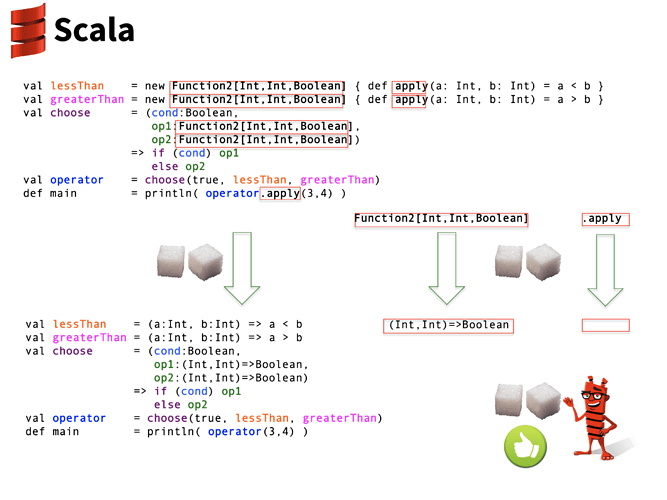 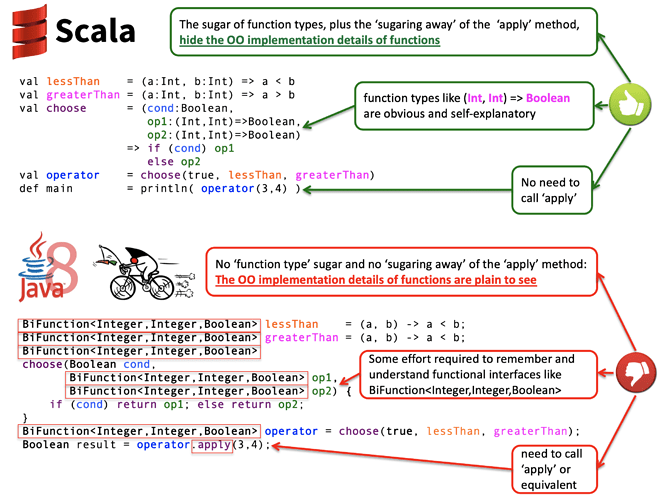 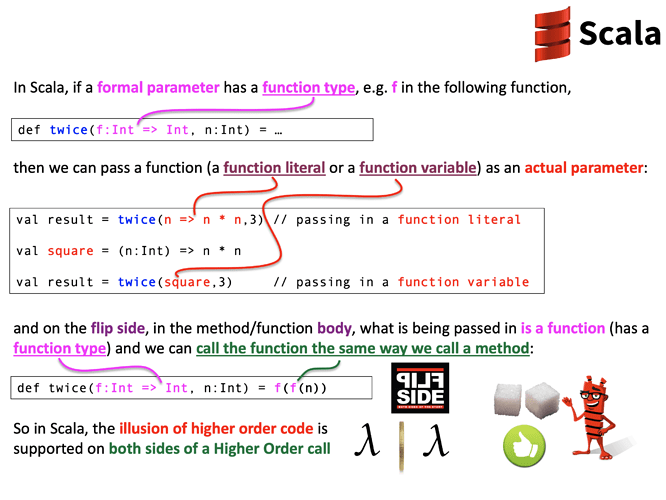 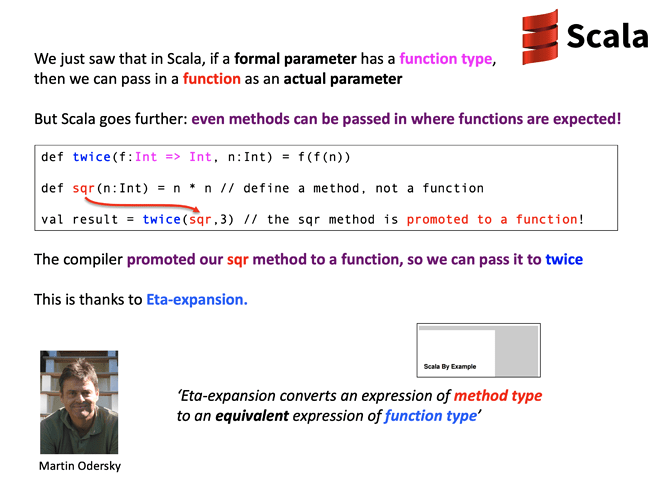 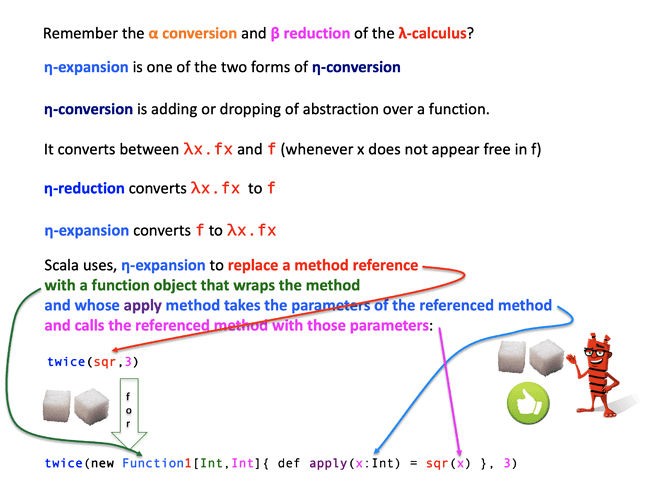 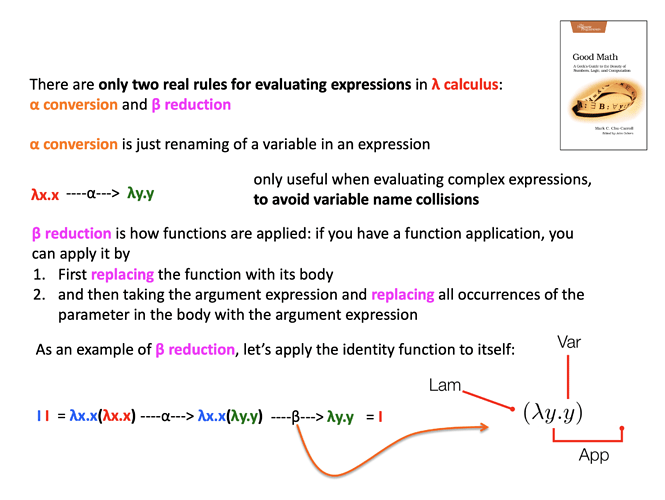 Thank you all but
i think one part of question is forgotten(or maybe i can’t understand)
i want to ask it again with new example:

why it is not defined in this style:?

Is a nullary method (meaning a method with no arguments) which returns a function.

Is not valid syntax, but I guess you wanted to show a function literal, like:

Which basically desugars to

So it calls the method which then returns a function and then calls that function.

Why it is not defined in this style?

Is not valid syntax.
Maybe you meant something like:

Then, for what we can tell, there is no real reason for not doing that.
Both have the same behavior and look alike when calling them.

(However a method that always returns the same function is slower than just a method that returns a value, and is harder to read; So, I would never do that)