How to solve expression problem in Scala 3 with single class inheritance?

Here in this article
http://lampwww.epfl.ch/~odersky/papers/ExpressionProblem.html
was proposed solution to the expression problem.

But there is a problem implementing it in Scala 3.
The last part: 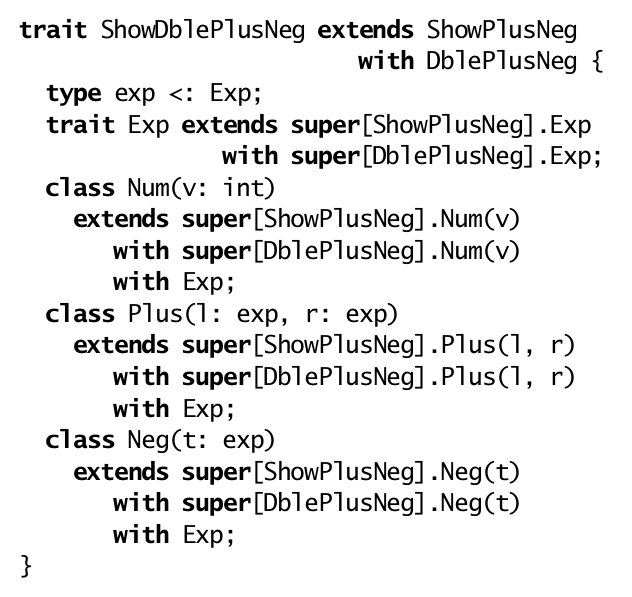 use multiple class inheritance.
Can we implement it in Scala 3 somehow?

The code in that paper was written for Scala version 1; it does not compile under Scala version 2. The following two files contain the updated version:

I looked at this file: https://lampwww.epfl.ch/~odersky/papers/abstract-data-mixin.scala and it’s different than the screenshot you have (which I assume is from the paper, which had Scala 1). Here traits are used instead of classes: